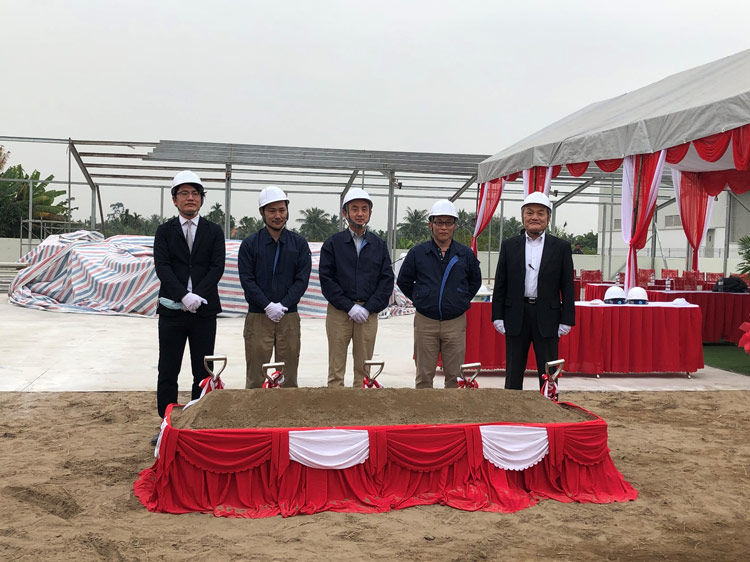 On 6th Jan 2021, the Safety Ceremony for MPV Hai Phong Factory in VSIP Hai Phong Industrial Zone, Hai Phong city was successfully held with the representatives of Mochizuki Press Vietnam Co., Ltd, So Asia Co., Ltd (Design Consultant) and Shimizu Vietnam Co., Ltd (as main contractor of the project). In the context of COVID-19 pandemic, the ceremony was simply held according to Vietnamese customs, with the hope that the project would be delivery safety and successfully. 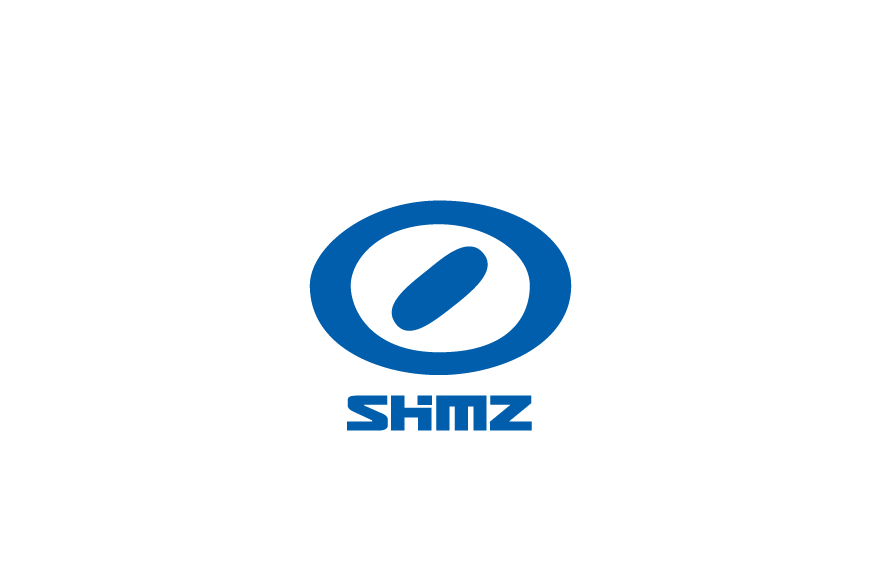 Thank you very much for using the website page for Shimizu Vietnam / Hanoi and Ho Chi Minh Office of Shimizu Corporation. We are pleased to inform you that we have renewed our home page. In this renewal, we have improved the structure and design to make it easier for everyone to see and find information. We will continue to provide useful information and enhance the content of our users. We look forward to your continued patronage. 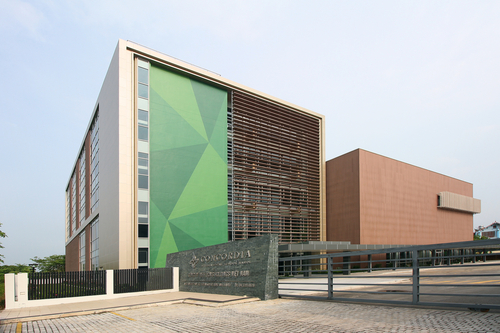 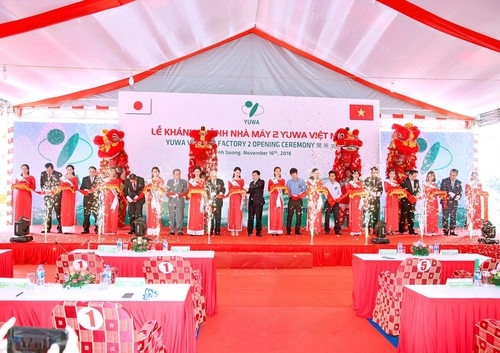 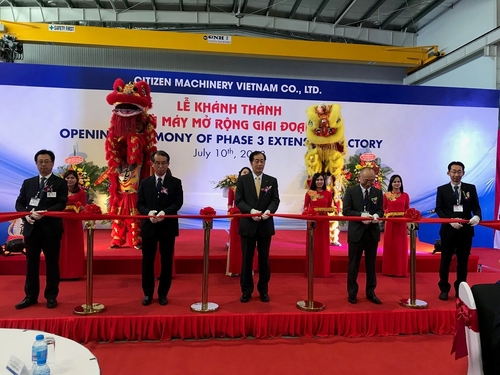 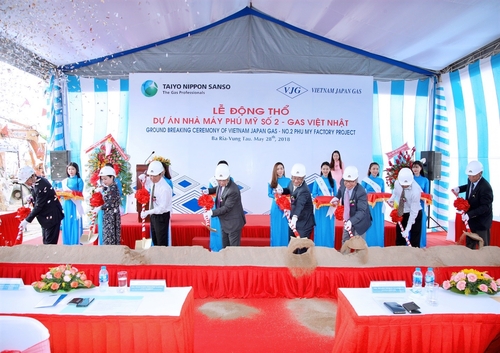 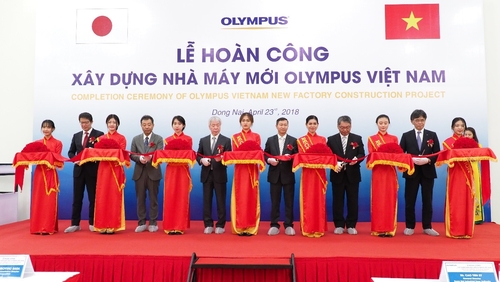 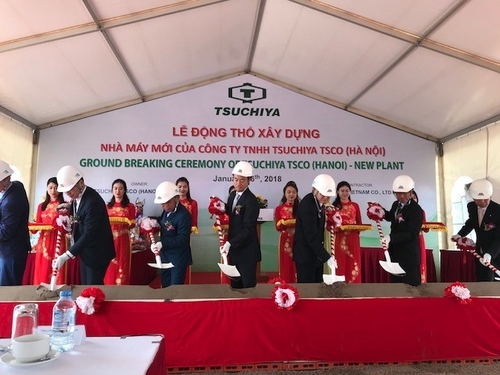 We are pleased to inform that from today (18th December, 2017) our Ho Chi Minh office moved due to our rapid growing on business development. The new address is as below: 4th Floor, Landmark Building, No. 5B Ton Duc Thang Street, Ben Nghe Ward, District 1, Ho Chi Minh City, Viet NamTEL: (084) 028 3824 1807 (unchanged)FAX: (084) 028 3824 1809 (unchanged) Taking this chance, we would like to express our appreciation for your assistance and look forward to your continuous support. 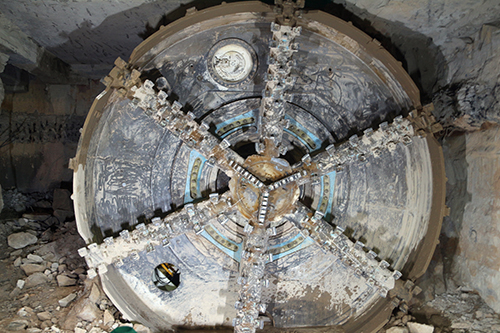 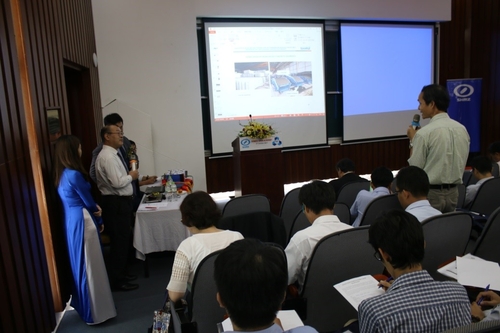 Since 2008, Shimizu Open Academy (SOA) has been a global activity organized by Shimizu Corporation with its purpose of sharing knowledge and introducing new technologies which are applied in our projects. The seminar is not only operated in Japan but also in different countries around the world. In Vietnam, SOA was held for the first time in Ho Chi Minh University of Technology (HCMUT) –Ho Chi Minh in 2012 and it was so successful that the Board of Director decided to organize one in the National University of Construction in Hanoi in 2014. Since then SOA has been officially operated in Hanoi and Ho Chi Minh annually due to seeing positive feedback and the increased number of potential students who want to join Shimizu Vietnam after being graduated. As usual, this year - 2017, Shimizu Corporation has continuously launched SOA seminar in Hanoi and Ho Chi Minh with 02 topics: “Case Study for BIM Utilization in Singapore Maple tree Business City (MBC2) Project” and “Advanced Technologies used in Ho Chi Minh MRT project”. The event itself attracted more than 500 participants including university students and other construction companies. It is a good opportunity for technical/construction students to access to modern technologies, have a realistic view on career and build better plans for the future. Knowing that these students will be a main force for the future of construction in general and Shimizu Vietnam in particular, we do hope for keeping this SOA tradition and venture out to co-operate with many universities in other cities and provinces. Working up to the reputation and nurturing the next generation are Shimizu Corporation’s motto globally and we will always maintain this. 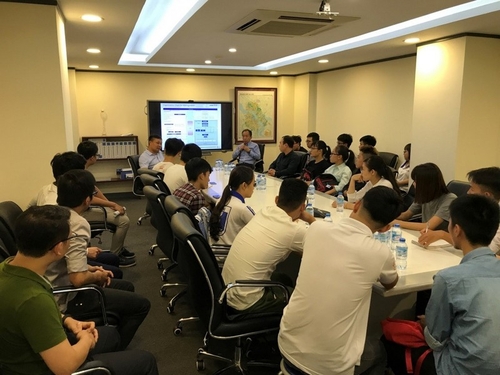 Shimizu Vietnam is proud to take a part in the picture of Vietnam through our business since 1992. We believe that our long-term success and high-reliability comes from our values on human resources. We believe that our crews are the most precious asset in our company. Shimizu Vietnam has maintained an amicable relationship with National University of Construction & Engineering (NUCE) since 2013. Since 2014, Shimizu and NUCE has collaborated annually to launch Shimizu Open Academy (SOA), which is a valuable opportunity for us to meet potential students and introduce our latest technology and worldwide projects. Through this event, we also offer career chances for fresh graduates. Thanks to these activities, many young, ambitious engineers have joined us from NUCE. Aside from SOA we also hold company excursions for students from NUCE. On 20th Sep, 2017, we welcomed 1st and 2nd year students of NUCE to our office. In this event we shared our history, our projects in Vietnam, our vision, and some debates which allows students to imagine how it would be like to work with us. Shimizu Yasuhiro (General Director) has taken part in the event as well, sharing his 30 years of construction experience in Asia and in Europe. We hope this event could help to provide students with some views and ideas about their study and future dreams. We are honored to be able to hold numerous events and recruiting opportunities with the most prestigious technological university in Vietnam, and we hope to organize more exciting activities with NUCE in the future. 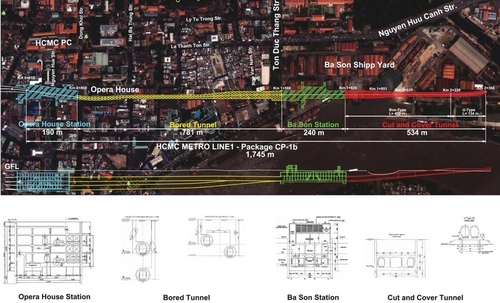 With Mr. Nguyen Thanh Phong, Chairman of Ho Chi Minh City People’s Committee, Mr. Junichi Kawaue, Consul General of Japan in Ho Chi Minh City, and other distinguished guests in attendance, a ceremony was held to mark the launch of a shield tunnel boring machine, which will be used for excavation of two tunnels, as part of package CP1B of the Ho Chi Minh City Urban Railway Project, Line No. 1. This package is responsible for the design and construction of Vietnam’s first subway line, and is being executed by a joint operation between Shimizu Corporation and Maeda Corporation. It is the first time that shield tunneling technology has been deployed in an urban area in Vietnam. Line No.1 will run from Ben Thanh in District 1 in the city centre, to Suoi Tien in the north-eastern part of the city, and will extend for a total distance of 19.7km, including a 2.5km underground section and a 17.2km elevated section. The construction project for Line No.1 is funded by Japan Official Development Assistance (ODA) and is divided into two underground packages and an elevated package, each undertaken by a joint venture led by, or comprised of, Japanese contractors. The 1.74 km-long CP1B package is one of two underground sections, comprising Opera House and Ba Son Stations, and related tunnels. Underground structures in this package, comprise Opera House Station (190m), two shield tunnels (781m), Ba Son Station (240m) and a cut-and-cover tunnel (534m). Construction work on package CP1B commenced in August 2014. Work on Opera House Station involved large-scale excavation, carried out in an urban area with heavy traffic, and in the vicinity of various historic and other significant buildings, many of which had been constructed with shallow foundations, such as the Opera House Building. To protect these buildings, construction of the four-storey, 27m-deep underground station was carefully carried out with detailed analysis and continuous monitoring of ground movement, using a top-down method of construction. Ba Son Station is located adjacent to the Saigon River, inside the old Ba Son shipyard. To facilitate construction works at this location, a double sheet pile cofferdam was constructed in order to prevent water ingress from the river, and to facilitate the construction of a diaphragm wall, bulk excavation works, and construction of the main station structure. The shield tunneling technology will be applied to two east and west-bound tunnels, using a single shield tunnel boring machine. The shield tunnel boring machine will commence its work from Ba Son Station and move towards Opera House Station during construction of the first tunnel. After reaching Opera House Station, the shield tunnel boring machine will be dismantled and transported back to Ba Son Station for assembly and excavation of the second tunnel. The first tunnel work will be completed in September, 2017. The second tunnel work will start in December, 2017 and be completed in May, 2018. The launching of the shield tunnel boring machine is a major project milestone. The joint operation between Shimizu Corporation and Maeda Corporation will continue to ensure high quality and safety during construction, creating important infrastructure, to facilitate the ongoing socio-economic development of Vietnam. 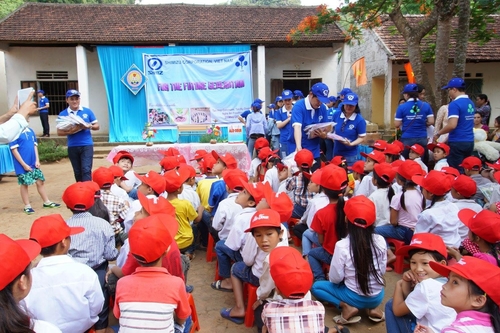 Shimizu Corporation is one of leading construction companies in the world with many projects in different countries. In Vietnam, our projects have been spreading to various cities all around the country. Last year, we have started a big project in Vinh, a suburb city in Vietnam. Vinh is about 300km South of Hanoi, in Nghe An Province. The province has around 17% of the population lives in poverty, many children are not able to go to school or their study conditions are very poor. Therefore, Shimizu Corporation would like to contribute our part to “build up” the future generation. We decided on raising the fund for facilities and other expenses to be used for this activity. On the 27th and 28thof May 2016, we organized a 2-day-trip for staffs to visit Duc Son Secondary School, the poorest school at Duc Son, Vinh, Nghe An. The fund raised from our staffs was used to buy materials to support pupils studying in Duc Son School. On the 27th, all staff members gathered at Duc Son School to deliver gifts to pupils. Each of them received a set of studying materials including pens, books, back packs, etc. Alongside with the support tools for studying, Shimizu Corporation also sponsored school supplies including new fans, chairs and tables for all classes, as well as other facilities support such as plastering walls and re-painting classes. We do strongly believe that these actives work beneficially, not only by improving children’s study conditions but also by giving them bundles of joy and happiness, which is really meaningful. With three pillars of CSR (Cooperate Social Responsibility) as: “Fairness and transparency in business; the creation of value that surpasses expectations; coexistence with society”, Shimizu Corporation is making continuous contributions to the sustainable development of society and acting as a good corporate citizen. Besides our professional expertise, we hope to organize more activities to return as much as we can to the society.